Annie Lennox  provided Radio 4’s Facebook page with one of its highest ever ratings in March 2015. 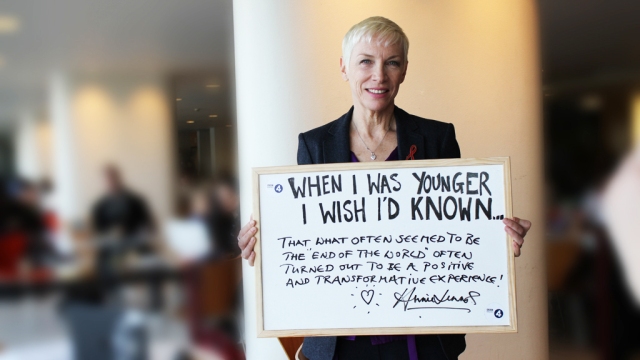 I’d just begun working with the Speech and Music Multiplatform Team (which covers Radio 3, 4 and 4 Extra).

It was the week of WOW (Women of the World) Festival  and Radio 4’s Woman’s Hour was down at the Southbank Centre in London. Radio 4 Social Media Producer Debbie Sheringham and Impact Producer Emily Dix had discussed what would work best on the social platforms and I was asked if I would like to go down and help implement the plan by taking photos and updating the Woman’s Hour website.

On Wednesday I went to the Southbank Centre  armed with a Canon 7d. I returned to Broadcasting House at lunchtime and created this page.

Emily was updating the Radio 4 Facebook page with photos of people answering the question of the day  – on Wednesday it was ‘Which famous woman makes you go WOW?’

This was was quick and easy to do, it made people think, it was relevant to the event in question and it was a personal insight that people wanted to share and talk about.

Woman’s Hour was broadcasting live from a pop up studio (the same one Radio 3 used) on Friday and Saturday. On Friday, they had a very special guest in the pop up studio – Annie Lennox.

5 minutes after Annie’s photo was posted, over five thousand people had been reached on Facebook. By the end of the day, that number had reached 250,000. By Monday morning, it was over 13 million – the highest ever figure for Radio 4.

When it was all over, I put this together for Woman’s Hour.

It was incredibly exciting playing a small part in something that became so huge and a wonderful introduction to the world of multiplatform radio and the eye-opening possibilities proffered by clever use of social accounts.